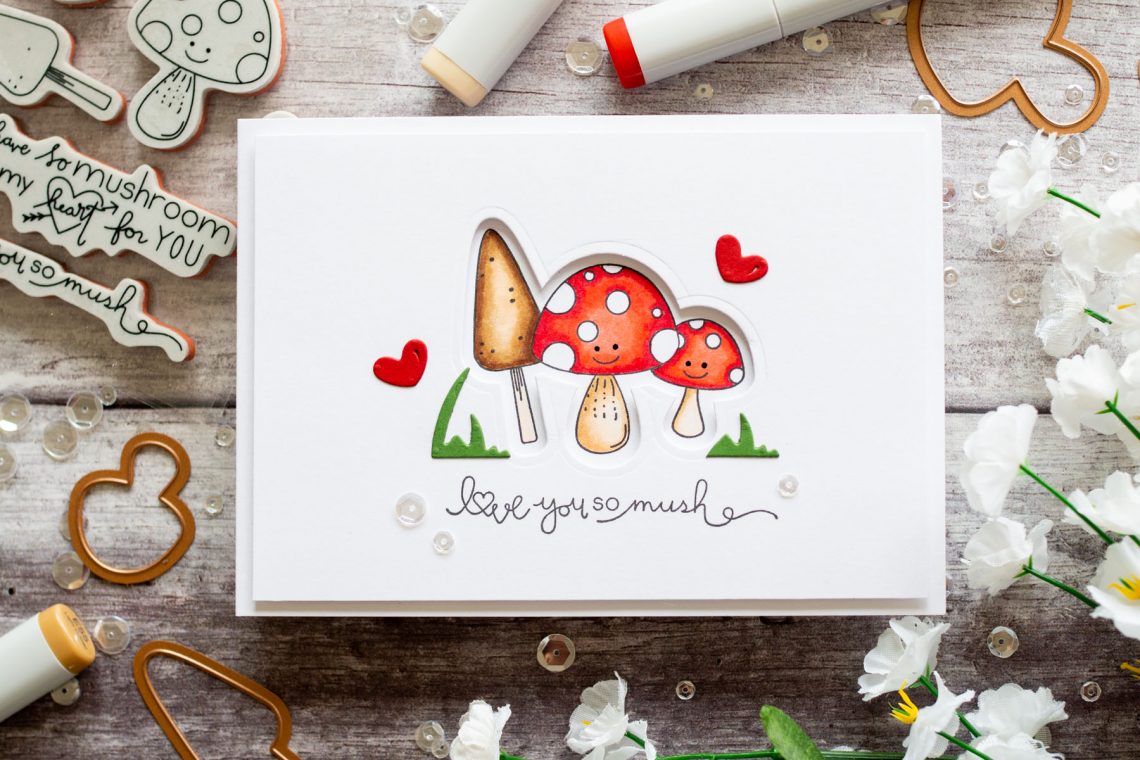 Hello everyone, this is Gemma from mygirllollipop.com. I am thrilled to be guest designing on the Spellbinders blog this week. I’ll be sharing projects highlighting the Perfect Match Collection by Debi Adams. 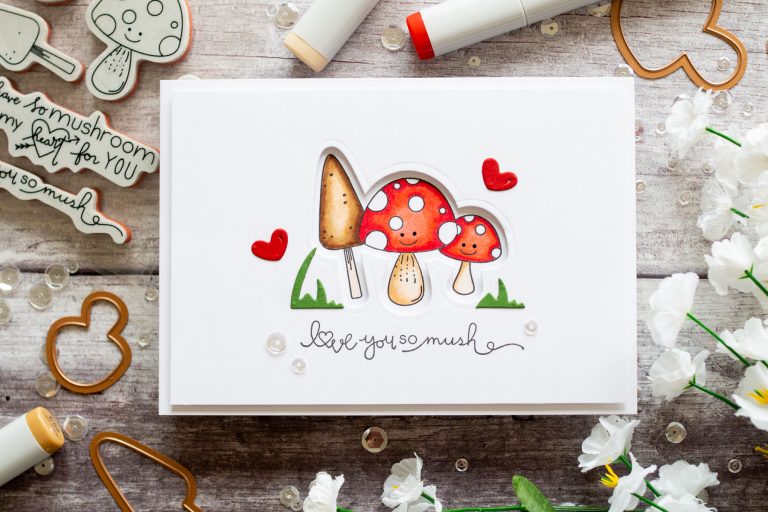 My card today features the adorable Getting All Mushy stamp and die set. I was drawn to this set by one of the sentiments. My 3 year old niece is really sweet as she’s always saying ‘I love you so much!’, so I just had to make her a card with the cute mushrooms and fun sentiment.

I began by stamping the mushroom images on to a white card base. I did some masking so the middle mushroom would stand in front of the others. I also stamped the same arrangement of mushrooms on a separate piece of white card stock. Using a stamp positioner helped me to get the stamping in exactly the same place, which is important when it comes to lining up the panel over the card base later. 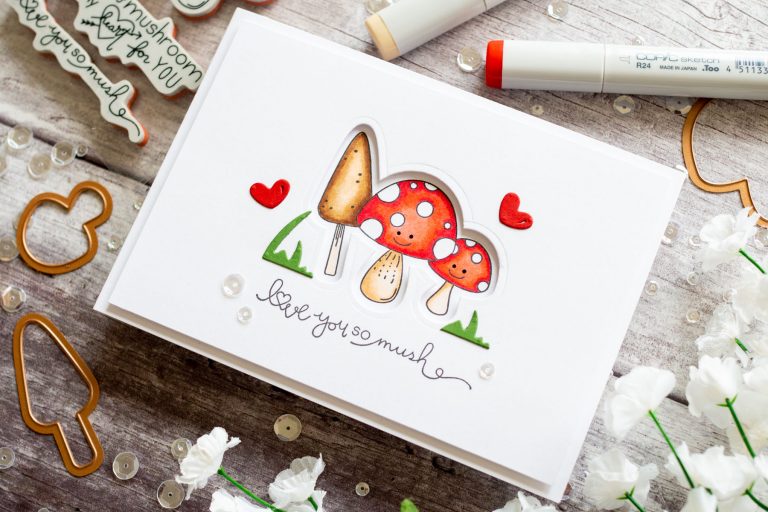 I used copic markers to colour the images on the card base, and added some black gel pen to the eyes to help them stand out.

To create the window opening, I used the coordinating dies to cut out the images from the separate piece of cardstock. I trimmed down the panel so it was slightly smaller than my card base, then stamped the sentiment under the window opening. 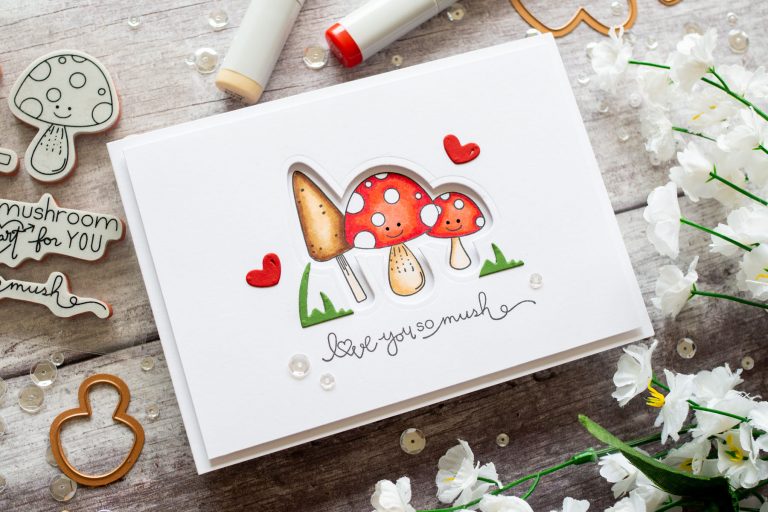 I added lots of foam tape behind the panel, then layered it over the card base so the coloured images showed through the die cut window. I love the dimension of the panel with the stamped images set back.

To add some finishing touches to the card, I die cut two grass pieces and two hearts from coloured card stock, using dies from the set. I then trimmed down one of the grass pieces to be slightly smaller. I added them to the card with liquid glue, along with a few sparkling clear sequins around the sentiment. 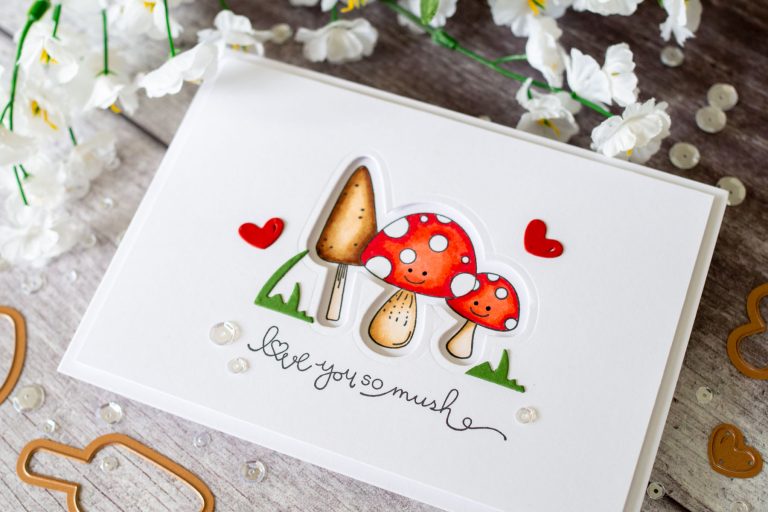 Thank you for joining me today. I hope you’ll join me for more posts later this week. Have a lovely day. 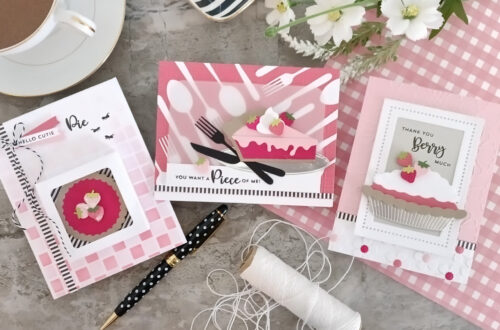 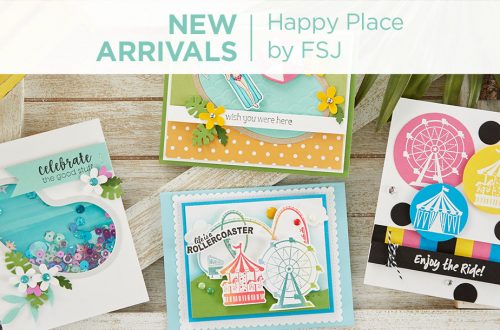 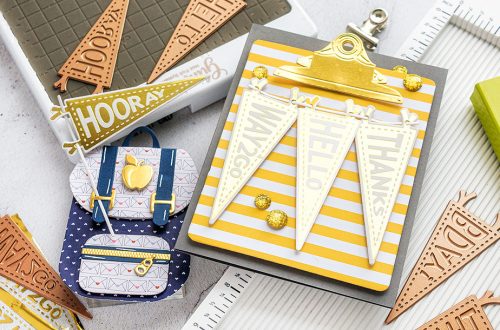