Hi there, it’s Kaja from Kajcyika crafts and today I will show you two cards which both have foil as the main element but use different techniques that go along with it. These two cards both use the products from the brand-new Fall/Halloween collection! 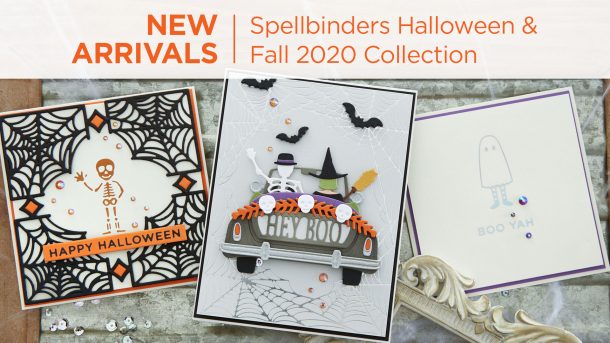 First, let’s take a look at the first card. On this card I combined foiling with ink blending. I started by creating the background. I knew that I wanted a Halloween look, so I decided to go with purple color with deep black corners. I added ink to the top portion only, leaving the bottom and the center of the card light.

Next, I took the new Spider web background glimmer plate and foiled the spider web on top of the ink blending in Silver foil.

Next, I went ahead and foiled the sentiment that reads ‘Happy halloween’ from Spooky greetings Glimmer set in silver foil. As a base, I used white cardstock to make sure that the sentiment was fully readable. I cut the sentiment in a banner shape that I positioned towards the center of the card.

I felt like something was missing, so I foiled another piece of white cardstock with the same Silver foil. My trick was to use the back of a glimmer plate which gave me a big foiled area without defined shape. If you do this, the whole back shape of the plate gets foiled to the cardstock which is just what I wanted. I used this foiled piece of paper as my Silver cardstock that matches perfectly with the rest of the card. I die cut three bats from Halloween Sunday drive dies with it and positioned them around the sentiment.

Next, I die cut the ink blended background using the rectangle from Scored and Pierced Rectangles and the last thing that had to be done was to glue everything together using double sided tape and some foam rectangles.

Now, let’s take a look at the second card. On this one I combined foil and coloring with alcohol markers.

I started creating the card by foiling the beautiful Autumn leaf border in Copper foil on white cardstock. I positioned it towards the bottom of the card at slight angle. Then, I colored the leaves in with brown copic markers that go nicely with the copper foil that we have.

Once everything was colored in, I decided to use a trimmer to cut the white card stock to a slightly smaller rectangle to be able to put brown cardstock to the background.

With only brown in the back, I felt like something is missing, so I took Autumn leaf border one more time and foiled it in the came Copper foil once again. I made sure I have the same angle as I did on the white piece to be able to align it.

The last thing I added was the sentiment that reads ‘From me to you’ and can be found in More sentiments Glimmer set. I used dark brown card stock that goes beautifully with the leaves that we have. Since the foil is so light, the sentiment is readable without any problems.

Once I had all the things prepared, I glued everything together using double sided tape.

Thank you so much for joining me. Hope that you enjoyed my cards and I hope to be back at Spellbinders blog in the future. 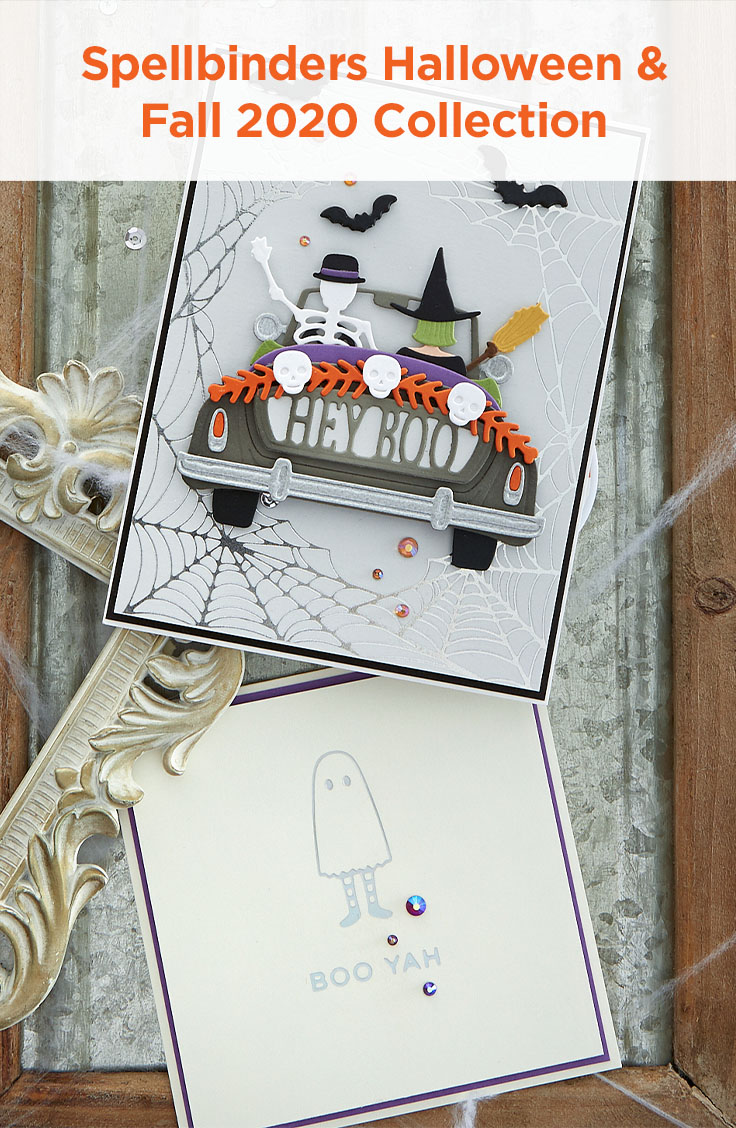 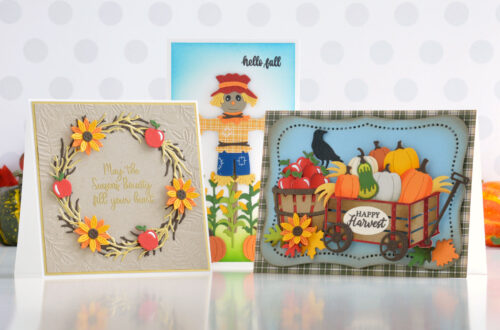 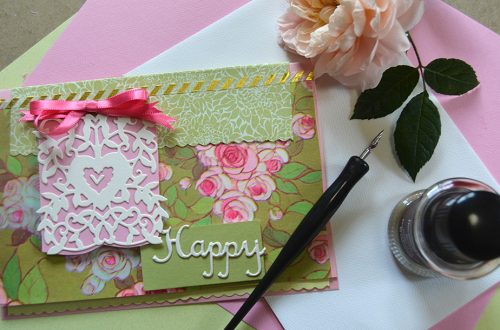