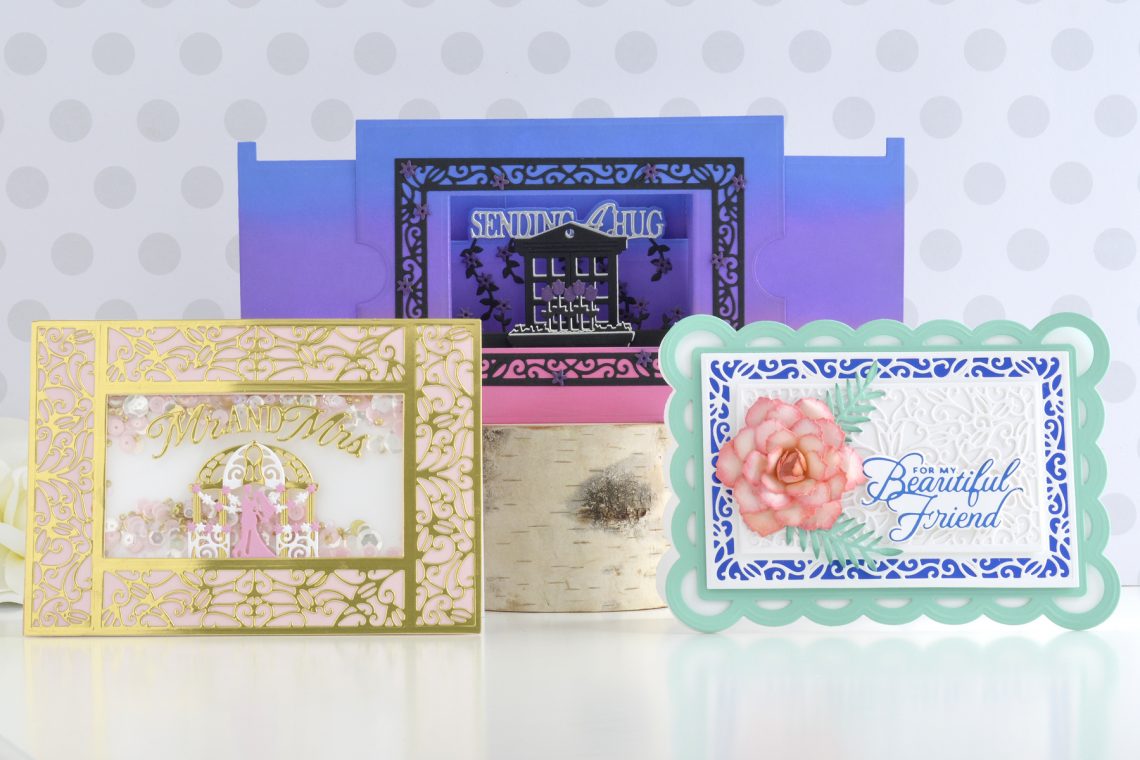 Hi there, this is Annie Williams and I’m thrilled to have the opportunity to share a couple of projects using the new Make A Scene Collection by Becca Feeken. The beautiful scene builder, fun kinetic card base, and gorgeous accent dies in the collection inspired me to make three cards using the elements in very different ways. 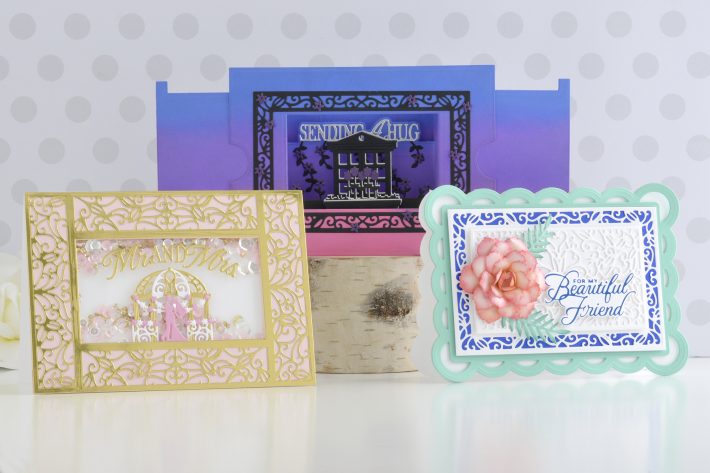 I had to start out by trying my hand at one of the classic Make A Scene cards first. The Picture Perfect Window Scene die set was the first set to catch my eye and I really wanted to create the feeling of a garden at sunset. 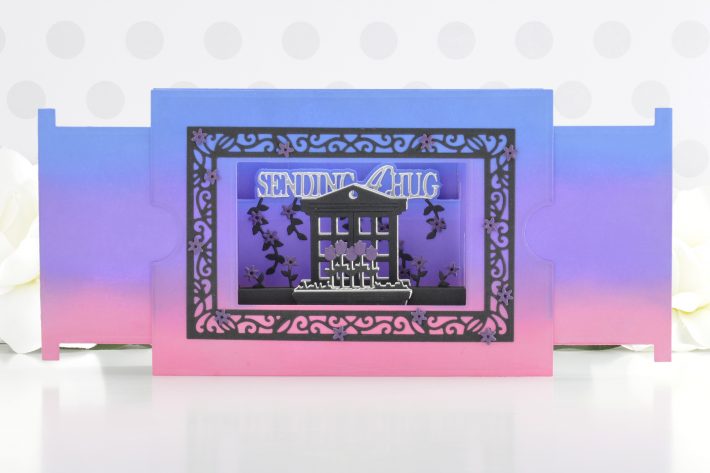 To do this, I blended color all over the main pieces of the card base and left my scene in silhouette with glints of light peaking out here or there.  For a little contrast and to convey a bit of color, I used deep purple shimmer cardstock for all of the flowers in the scene. 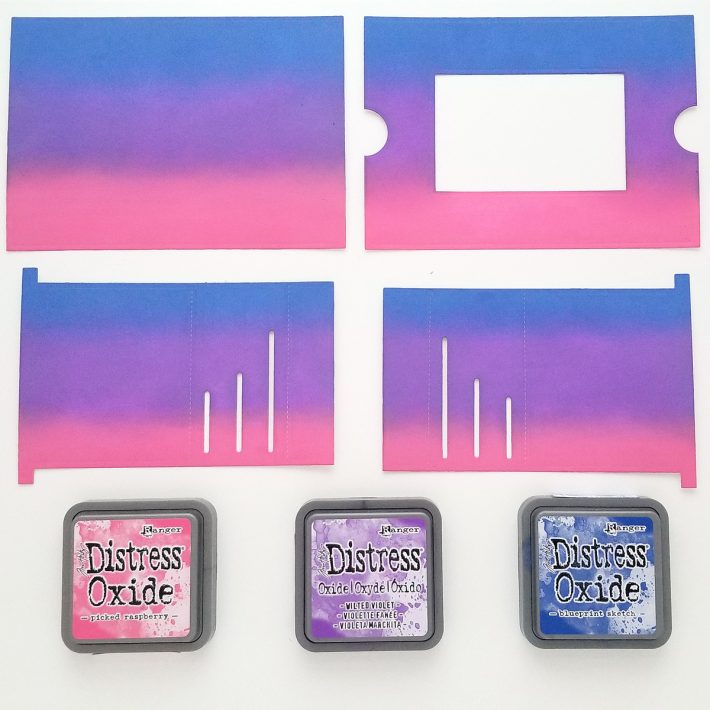 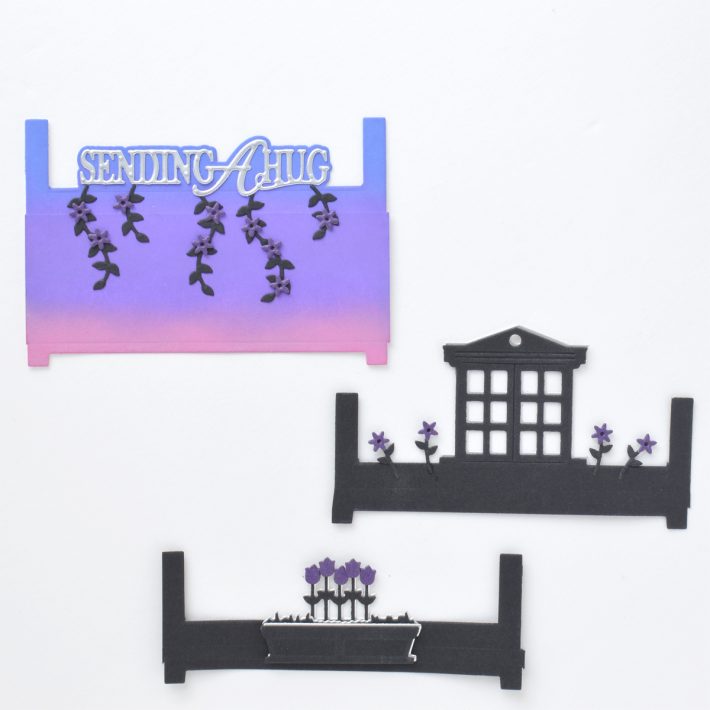 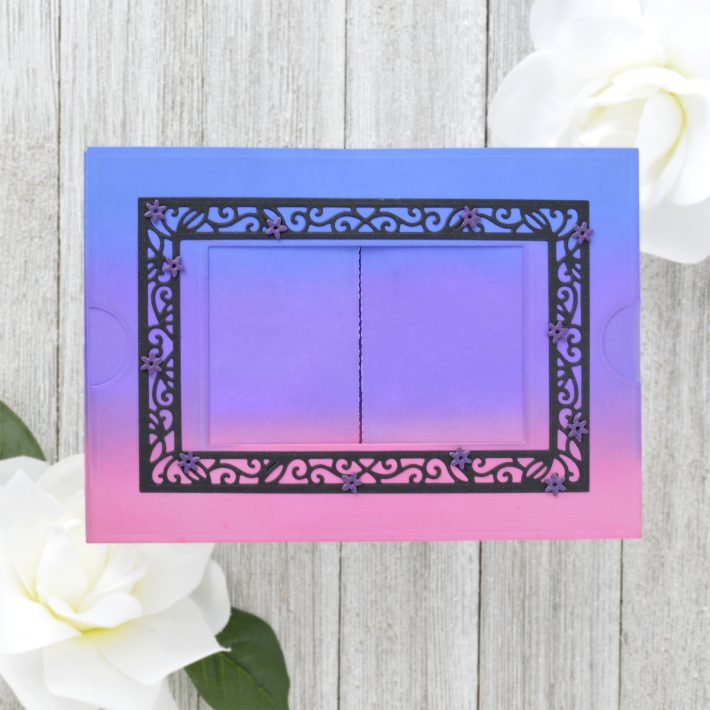 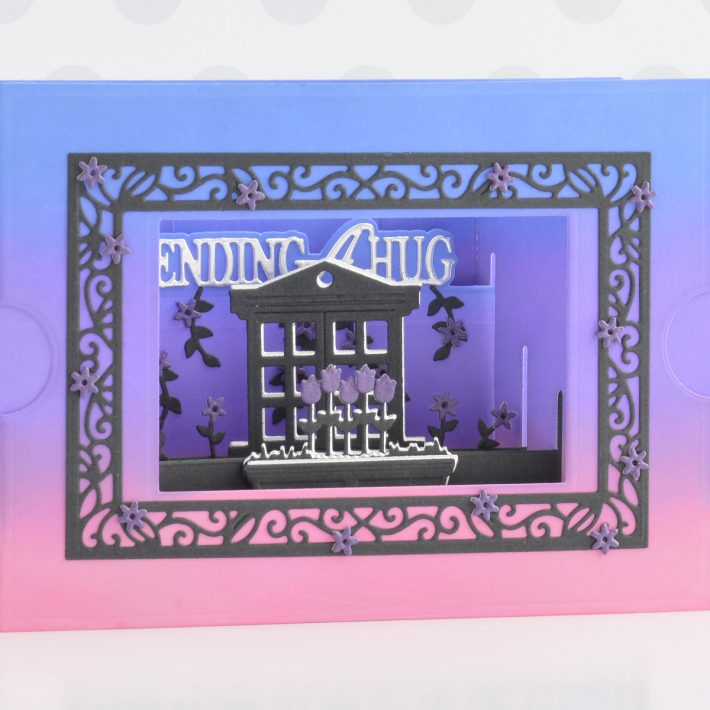 When the recipient pulls on the side tabs, the doors open and the scene assembles itself almost magically.  I found myself opening and shutting it several times just to watch it work! 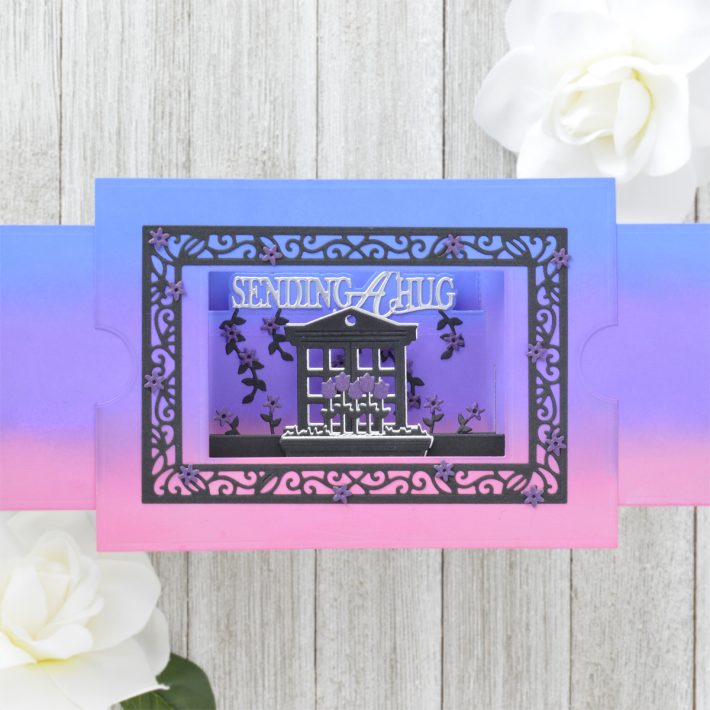 With so many different scenes to choose from (and even mix and match), think of all of the possibilities with this fun card system! 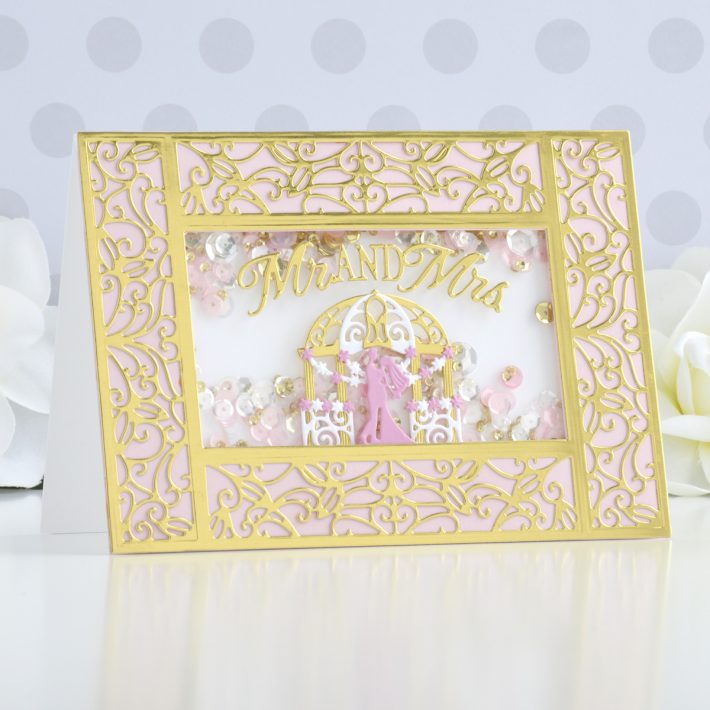 The scenic dies in this collection can be used for much more than just those fun kinetic cards…any window or shaker card works perfectly with them too! Here I added a few of the scene layers over a shaker window for a pretty and feminine wedding card. 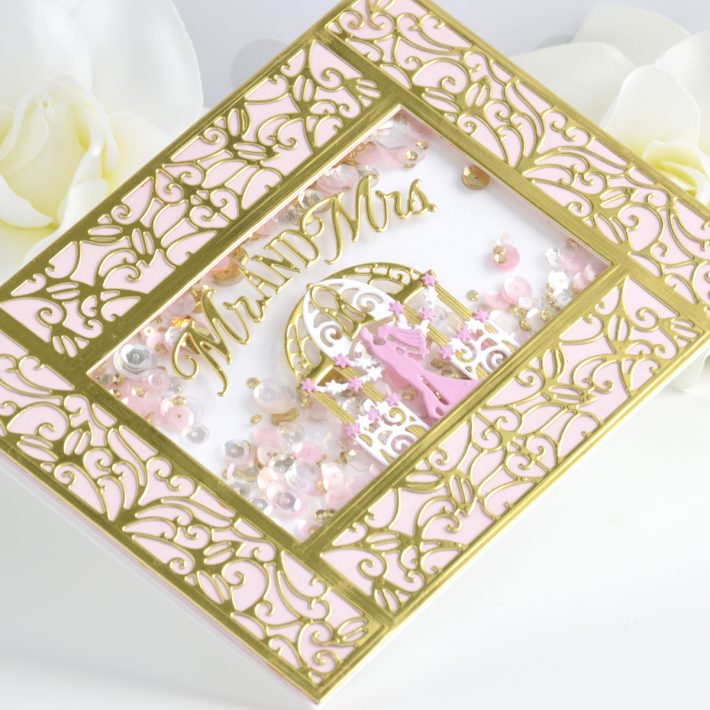 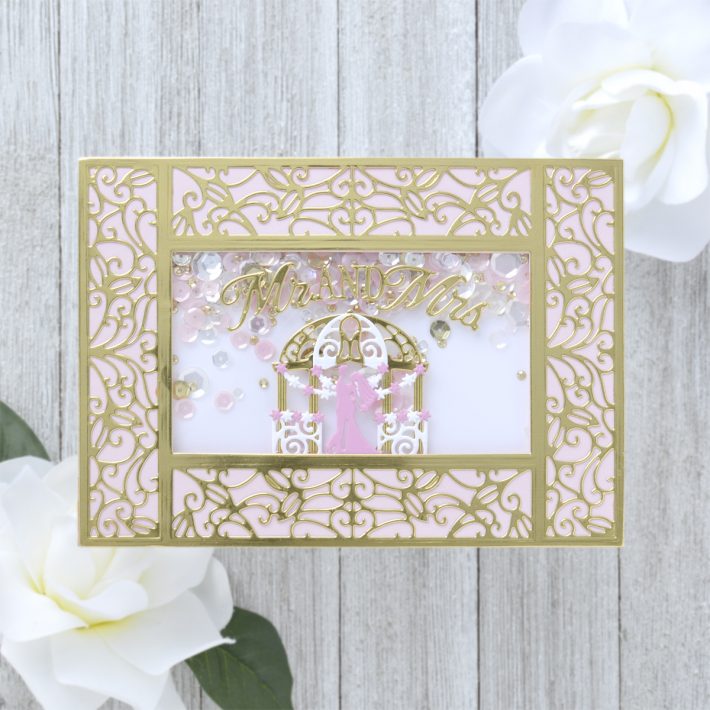 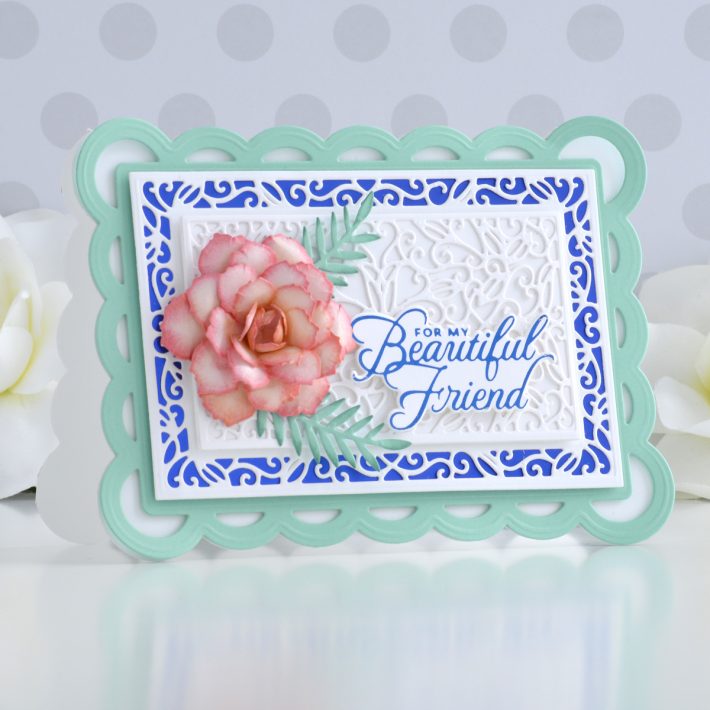 If you don’t want to create scene cards, this collection also has some gorgeous accessory die sets!  I used a couple of them and lots of intricate layers to create this soft and pretty friendship card. 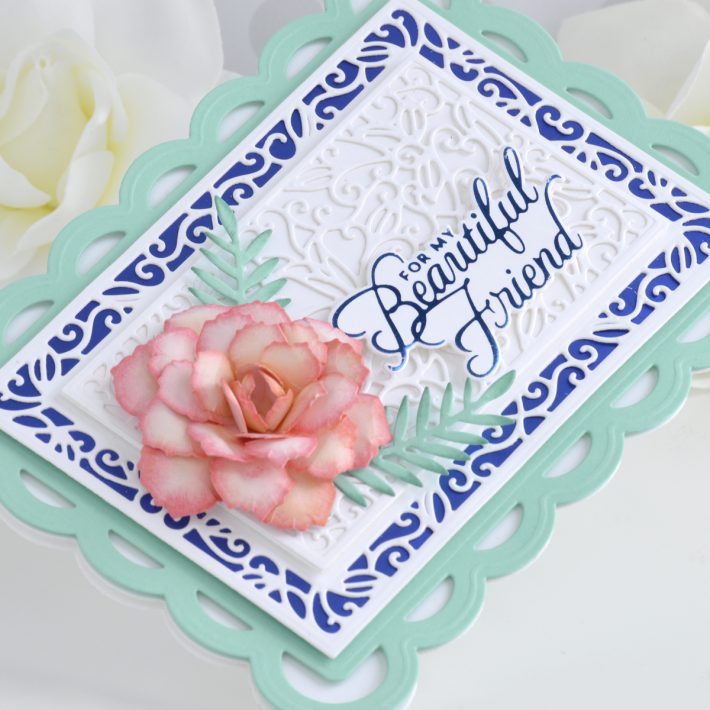 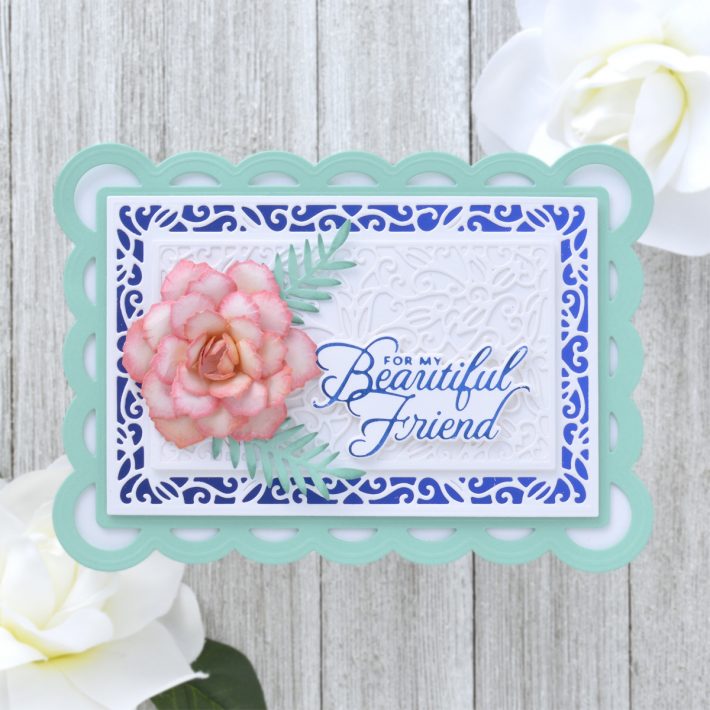 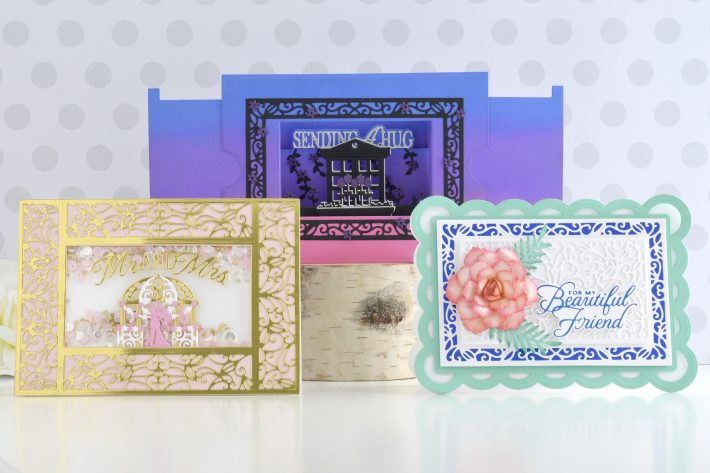 I hope you enjoyed these three very different card ideas using the new Make A Scene Collection by Becca Feeken. You can find more inspiration over at my blog AnnieBWills.com. 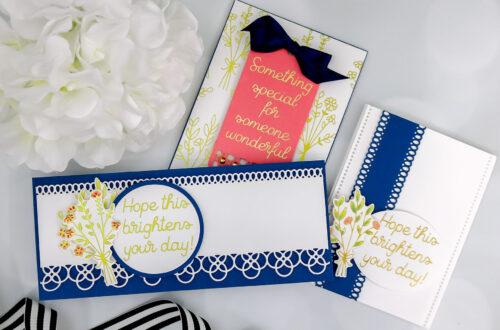 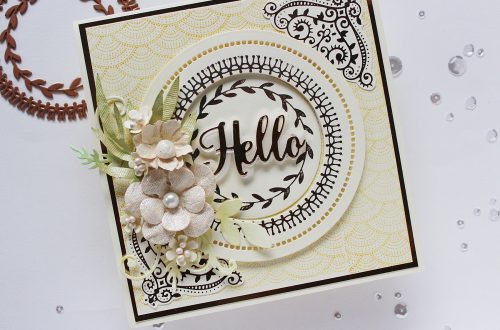 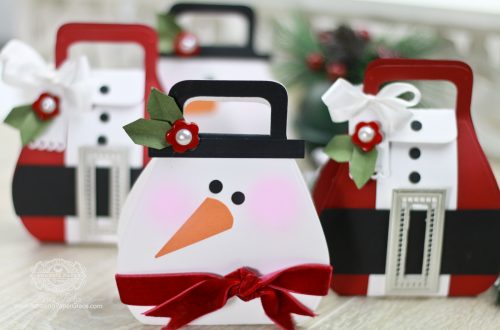