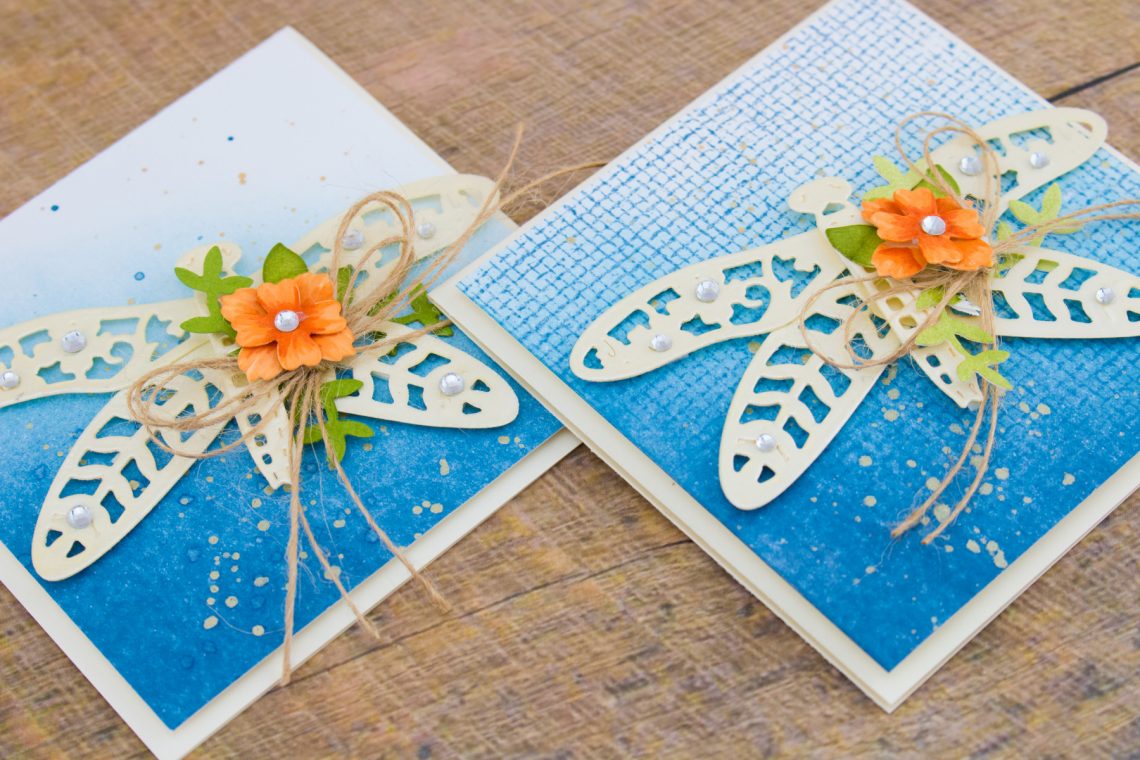 Hey folks! This is Cynde Whitlow and I’m from The Pink Envelope. Thanks so much for stopping by! I’m here today to share a video, where I show you how I make two cards using the Botanical Dragonfly Dies by Sharyn Sowell. If you’re interested in seeing what I did with the Botanical Butterfly you can see that here. 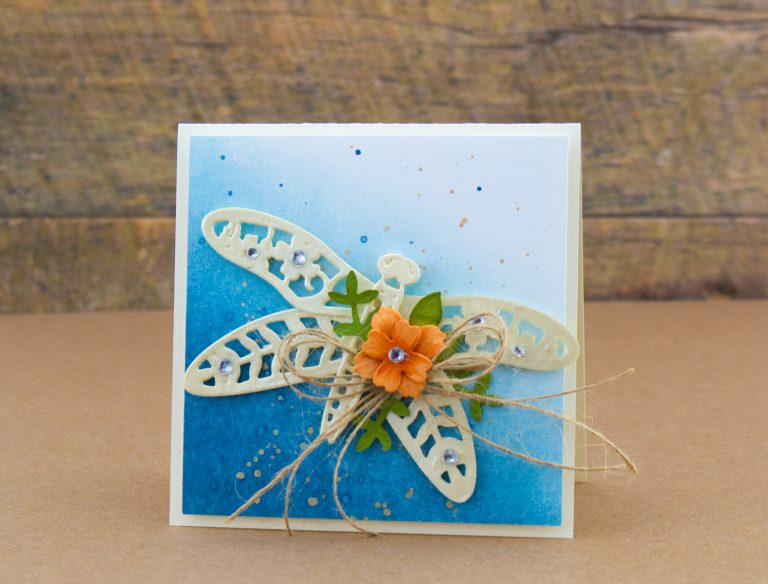 I started by ink blending watercolor cardstock with two shades of blue ink. I made sure to concentrate most of the darkest ink in the lower left corner of the cardstock and blend out the lightest. I also made sure to leave the top right corner white.

I was pretty sure that I was going to trim this down eventually, so I made sure to bring the inks up pretty far so I wouldn’t cut off too much later. 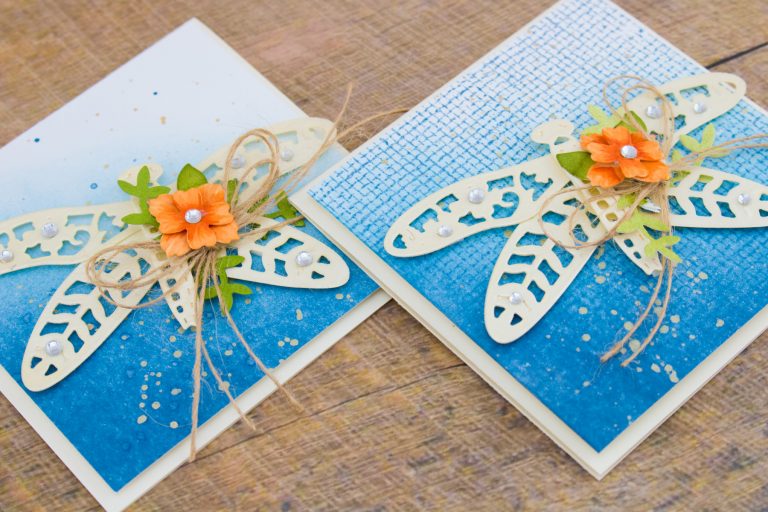 On one card panel, I used the same dark blue ink I had ink blended with and used a background stamp to stamp across the entire panel. After I splattered gold paint across both panels, I trimmed them down to 3.75”x3.75”. I set my panels aside and went to work on the flowers. 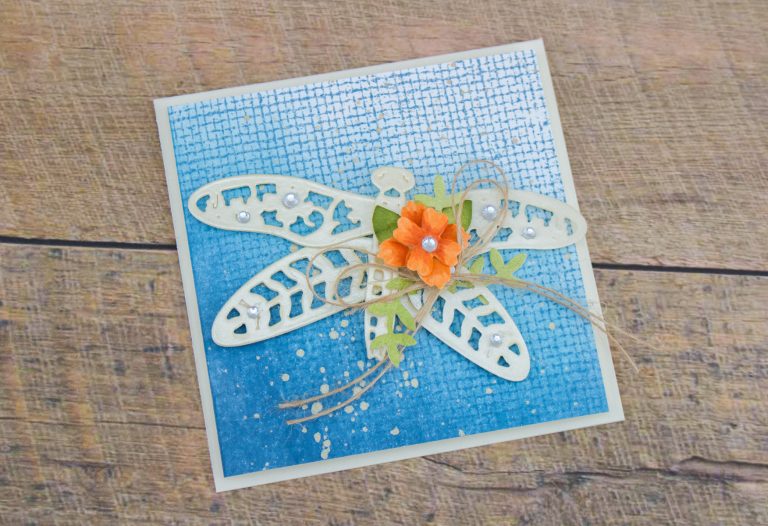 After I ink blended a scrap piece of cardstock with green ink, I die cut the leaves from the Bird On Cherry Branch Dies as well as a few leaves from the Floral Panel Card Die Set out of green cardstock.

I had initially ink blended some peachy-orange ink on scrap cardstock and die cut the flowers from the Tiny Shadow Box Die Set, but I felt those were too light so I ended up coloring them in with my alcohol markers to make them a darker orange. 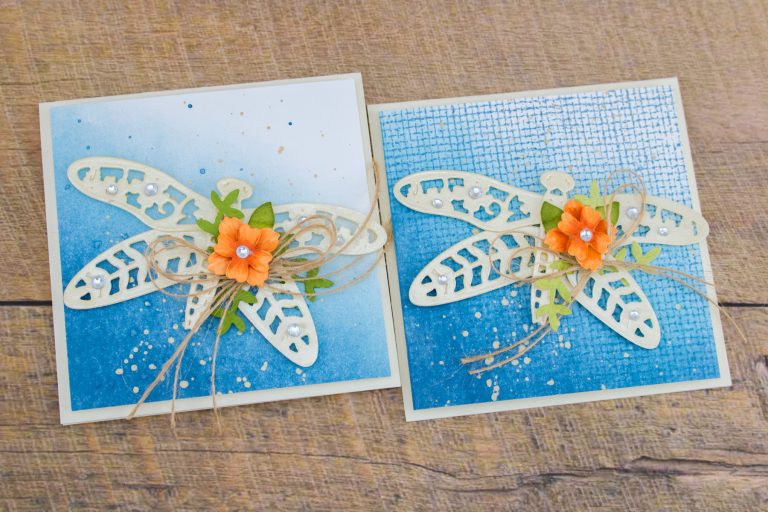 I used cream colored cardstock and die cut the Botanical Dragonfly making sure to cut both wings twice, then heat embossed all of the pieces with a satin pearl embossing powder.

To assemble the dragonfly I used dimensional foam tape, because I wanted it to pop up off the card base. Then I adhered all of my elements to 4”x4” cream colored card bases added some gems to the wings and called it good!

Watch video tutorial below or on YouTube to learn how to make this project:

That’s it folks! I truly hope you enjoyed my cards today! I look forward to using more of the Flower Garden Collection. Thanks again so much for stopping by! 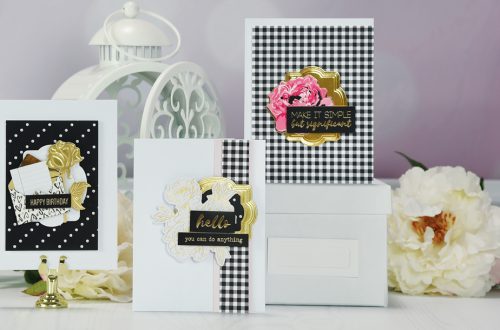 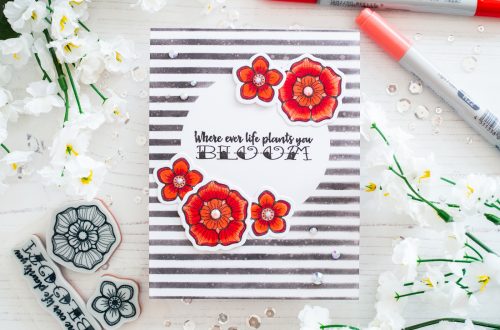 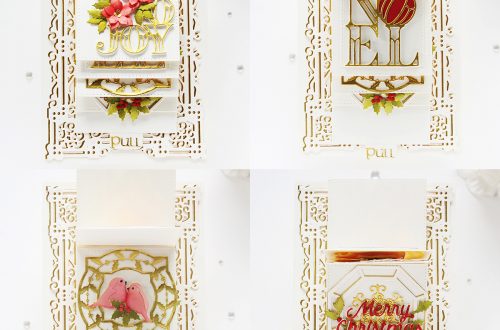 Spreading the love this February with a new ...