Hi everyone! It’s Laura Volpes, from A bit of my crafts, and today I am really excited to be a guest here on the Spellbinders blog with three cards showcasing the gorgeous Royal Florish Glimmer collection by Becca Feeken.

For the first card I used the Imperial Adorned Ovals and the The Contessa’s Seal Glimmer Hot Foil Plates. I chose to do some foiling with the Bright Pink Glimmer Hot Foil Roll over some white cardstock and to play with layers. 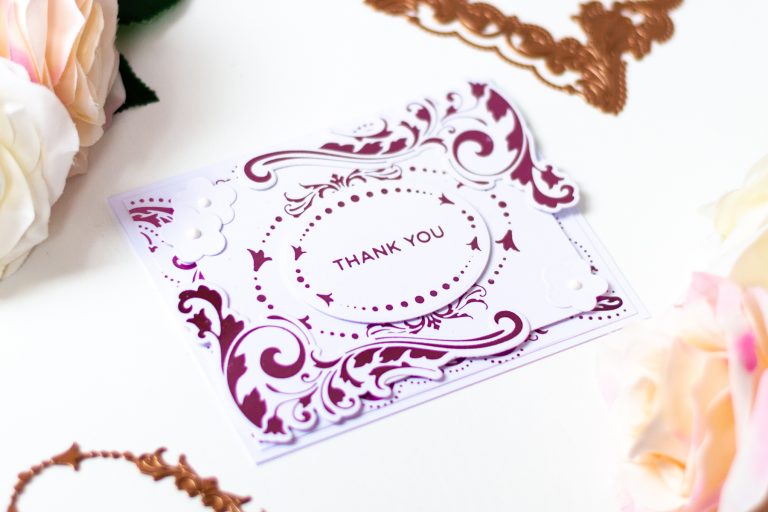 I combined the Glimmer Hot Floil Plates from this new collection with the previously released Gilded Leaves Shaped Panel, from the Becca Feeken The Gilded Age collection. For the flowers I used some dies from the Sew Sweet Valentine set and Nuvo Drops in Simply White in the centers. 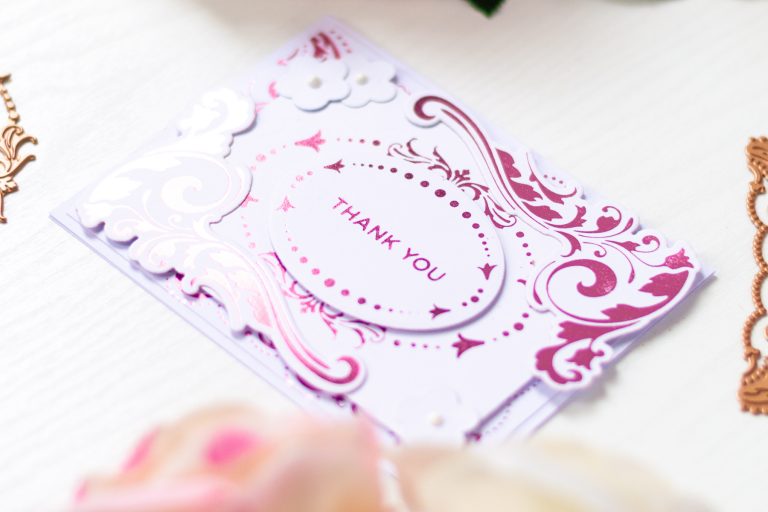 For my second card I went for a rather modern look, and used the Crowned Rimmed Squares to create a gold foiled pattern on one of the papers from the You’re My Type Paper Pad. 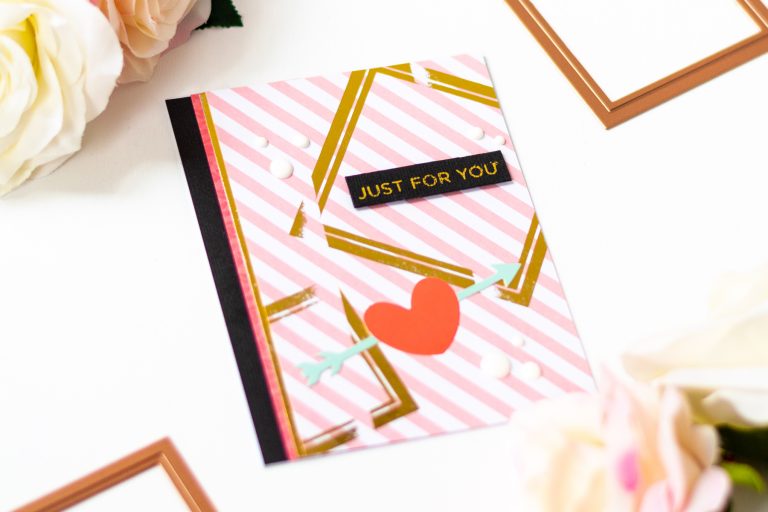 I obtained the broken up effect on the foiled details by adding some cardstock pieces behind the patterned paper while foiling, making sure to leave some gaps between them. This way the pressure on the plates was not the same everywhere, and I was able to create stripes with no foil in certain areas of the Crowned Rimmed Squares. 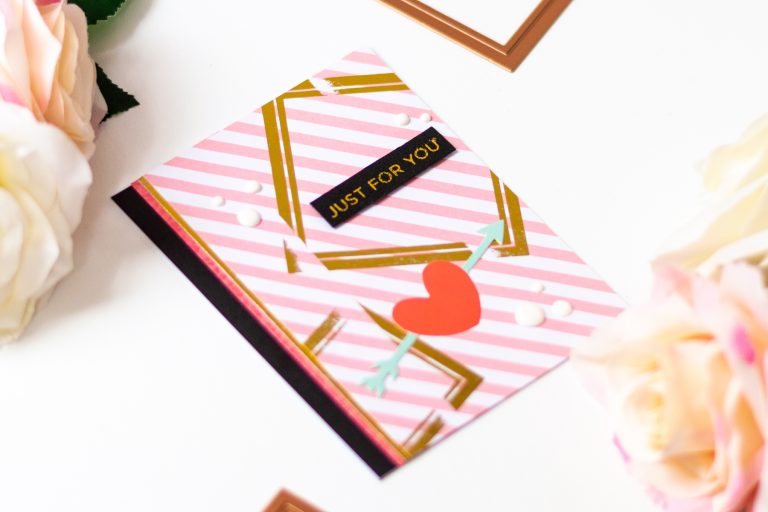 I layered my patterned paper panel with some gold and black cardstock, and with one more paper from the You’re My Type Paper Pad. For the sentiment I used plates from a previous Glimmer Hot Foil Kit of the Month. I decorated the card with one of the You’re My Type Die Cut Shapes and some white Nuvo Drops. 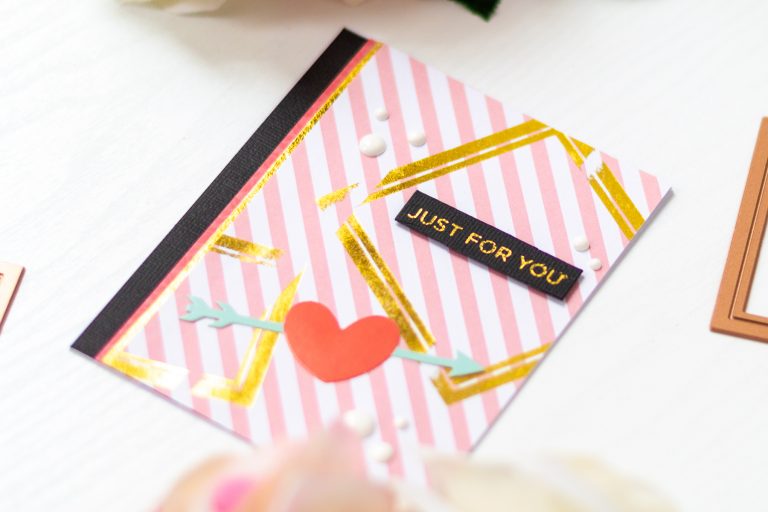 For my third and last card I went for a vintage, distressed look. I used Copper Glimmer Hot Foil Roll and the The Contessa’s Seal Glimmer Hot Foil Plates to foil some kraft and some watercolor cardstock. 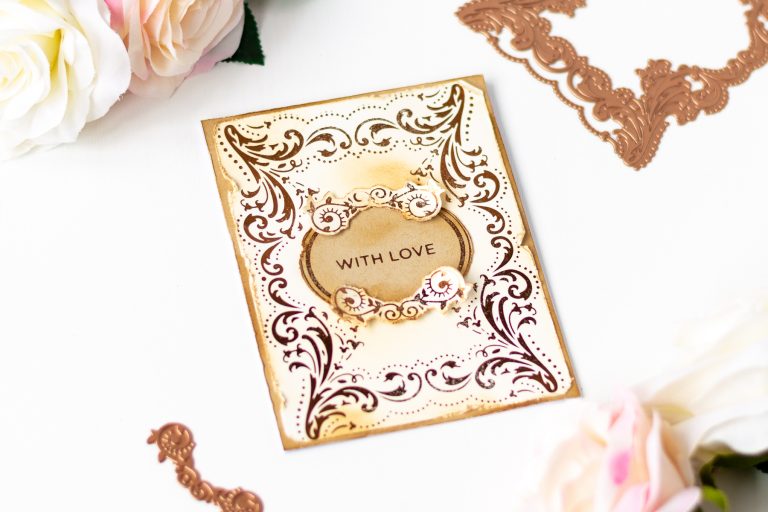 I distressed the edges of the panels with some scissors, and used Distress Ink in Vintage Photo to give them an aged look, which I thought worked really nicely with the Copper Hot Foil Roll. 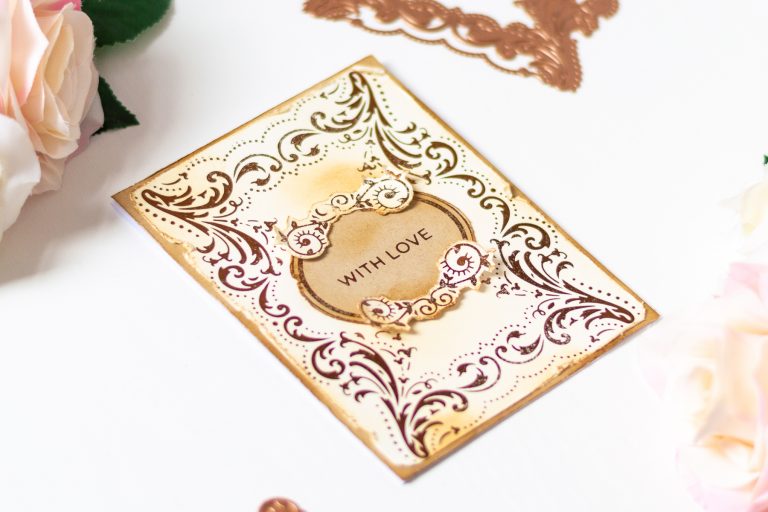 Both the decorative die cuts around the sentiment oval and the sentiment itself are from previous Glimmer Hot Foil Kit of the Month sets. I matted the foiled panels on a A2 sheet of kraft cardstock, cut at a standard A2 size and distressed and aged with the same procedure as the other elements on this card. 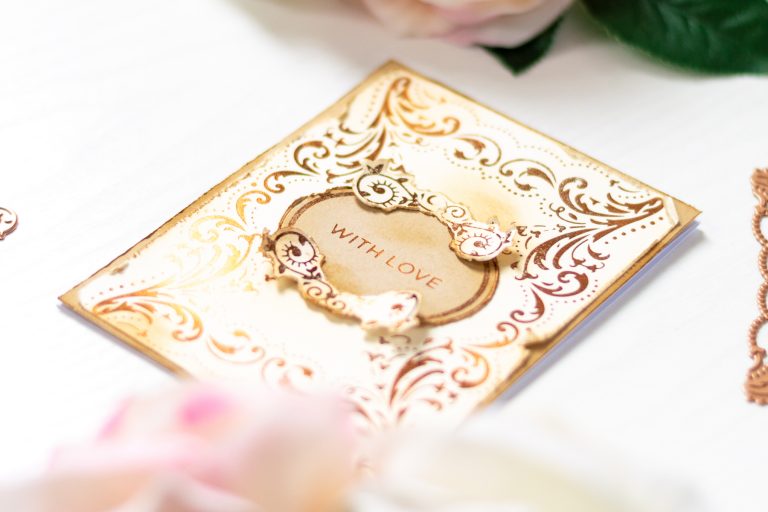 And these are my projects for today! I really hope you liked them, they are rather different in style and that was the really fun bit: trying to create different looks and feels on these cards with Plates from the same collection!
If you want, you can come visit me on my blog and check out my other creations. I would love to meet you there!
Thank you all so much for stopping by, and to Spellbinders for having me as a guest!

Have a wonderful day,
Laura 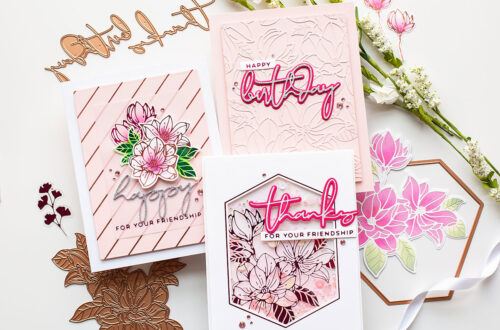 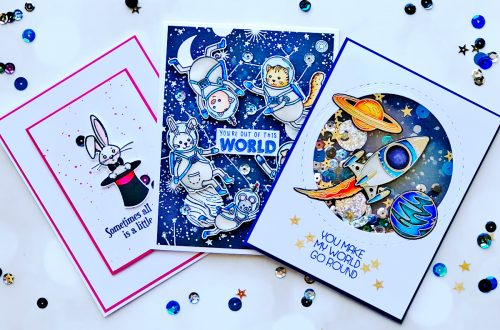 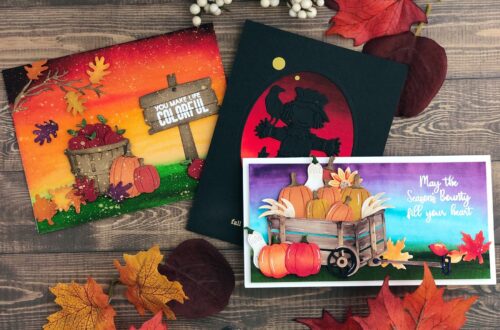